1986 – Japanese Studies & the Civilisation of the Far-East
1987 – Linguist in a multidisciplinary artificial intelligence research team developing a machine translation system.
1992 – Assistant, department of French Language and Literature.
1995 – Selected as one of the best teaching faculty members at the university, according to anonymous student evaluation feedbacks on teaching quality.
1995 – M.A. dissertation on the image of powerful women in literature in different regions.
2000 – “Various meanings of the word sené (sensible) and their relation to power control in speech”, lecture at the 5th workshop on cognitive linguistics – Paris 7 & Linguistics Department, University of California, Berkeley.
2003 – Interpreter and intercultural analyst working for presidential and ministerial delegations.
2004 – “Laughter as a tool of negotiation”, lecture at the International seminar on Language, Culture and Mind, Portsmouth University, Portsmouth.
2005 – Beginning of activity as consultant and analyst in i5 Bridging -Intercultural Intelligence for Institutions, Industrialists and Individuals.
2007 – “France – Germany: How to Understand Each Other? An Intercultural Analysis of Decision-Making Processes”, lecture for the German military detachment in France, École militaire, Paris.
2009 – Intercultural analyst for Europe Day at the École navale de Brest.
2009 – Ph.D. thesis in Semiology, École des hautes études en sciences sociales, Paris. “Strategies of covert discourse and speech of unsubmissiveness” (with Highest Honors from an international multidisciplinary jury in semiology, history, and civilization). My study focused on the means by which a person expresses his ideas or knowledge, without exposing himself to criticism or to the displeasure from authority figures, while still being able to speak out.
2010 – “Workshop on European values”. Lecture-workshop at the Common Security & Defence Policy module, Military School, Zaragoza, Spain.
2010 – “The Credibility of Leaders” – lecture at the United Nations, International Seminar on Religions and the Building of Peace, Palais des Nations, Geneva.
2010 – Post doctorate in interreligious and intercultural dialogue – For A Semiological Analysis of Intercultural Dialogue; Message and Messenger. University of Geneva and the Foundation for Interreligious and Intercultural Research and Dialogue, Geneva.
2010-2018 – Executive director and director of programs at the Foundation for Interreligious and Intercultural Research and Dialogue (FIIRD), Geneva. 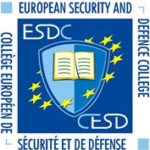 2016 – Finalization of the post-doctoral researches of the University of Geneva and the Foundation for Interreligious and Intercultural Research and Dialogue, Geneva and beginning of the Foundation’s liquidation.
2018 – Creation of IFDII – the Institute for intercultural intelligence training.
2020 – Member of the network of institutions affiliated with the European Security and Defence College  who aims “to deliver strategic-level education on Common Security and Defence Policy, and provide knowledgeable personnel, within both EU Institutions, EU Member States” and beyond the European borders.
2021 – Conference on Cross Cultural Competences during the training of the Security Sector Reform of the EEAS – European External Action Service, in Bucharest.
2021 – Teaching Intercultural Intelligence that entered the cursus of the Superior School of Managment – ESG-MBA of Paris.
2022 – Member of the Implementation Group for the European Initiative for the Exchange of Military Young Officers (Military Erasmus) from the European Union, with a special focus on Gender Mainstreaming (Line of Development 10).